Massage may be the oldest and simplest form of medical care. Egyptian tomb paintings show people being massaged. In Eastern cultures, massage has been practiced continually since ancient times. A Chinese book from 2,700 B.C., The Yellow Emperor's Classic of Internal Medicine, recommends 'breathing exercises, massage of skin and flesh, and exercises of hands and feet" as the appropriate treatment for -complete paralysis, chills, and fever." It was one of the principal methods of relieving pain for Greek and Roman physicians. Julius Caesar was said to have been given a daily massage to treat neuralgia. "The Physician Must Be Experienced In Many Things," wrote Hippocrates, the father of Western medicine, in the 5th century B. C., "but assuredly in rubbing.. . for rubbing can bind a joint that is too loose, and loosen a joint that is too rigid."

Ayurveda, the traditional Indian system of medicine, places great emphasis on the therapeutic benefits of massage with aromatic oils and spices. It is practiced very widely in India.

Doctors such as Ambroise Pare, a 16th-century physician to the French court, praised massage as a treatment for various ailments. Swedish massage, the method most familiar to Westerners, was developed in the 19th century by a Swedish doctor, poet, and educator named Per Henrik Ling. His system was based on a study of gymnastics and physiology, and on techniques borrowed from China, Egypt, Greece, and Rome. Physiotherapy, originally based on Ling's methods, was established with the foundation in 1894 of the Society of Trained Masseurs. During World War I patients suffering from nerve injury or shell shock were treated with massage.

Massage is now used in intensive care units, for children, elderly people, babies in incubators, and patients with cancer, AIDS, heart attacks, or strokes. Most American hospices have some kind of bodywork therapy available, and it is frequently offered in health centers, drug treatment clinics, and pain clinics.

My goal is to work with you to create a progressive improvement plan that meets your needs. Whether you are dealing with stress, preventing or treating repetitive motion injuries, managing chronic pain, or working as a proactive wellness program I can make you feel like a new person.
What makes me unique is that I am not driven by a 50-minute clock because I approach each session as a treatment and each treatment is driven by what is in your best interest. I combine a variety of therapies to help bring your body back into balance 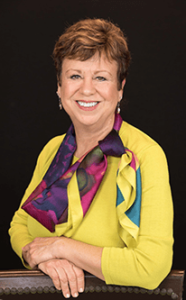